Tronics, a TDK Group company that manufactures
custom MEMS products and standard inertial sensors for industrial applications, today announces the successful
completion of its capital increase launched on November 5, 2021 with preferential subscription rights for all
shareholders.

The proceeds of the capital increase will be used to restore Tronics’ financial position, by rebuilding its currently negative shareholders’ equity, and to enable the Company to continue to grow its business.

Total demand amounted to around €30.0 million :

In accordance with its commitment, TDK Electronics AG subscribed to the capital increase an irreducible basis through the exercise of its preferential subscription rights and on a reducible basis for a total amount of €28.9 million, reduced to €27.9 million after the reduction of shares requested on a reducible basis. Likewise, in accordance with its commitment, Thalès Avionics subscribed to the capital increase by exercising part of its preferential subscription rights on an irreducible basis for an amount of €0.98 million.

Upon completion of the capital increase, the main shareholders TDK Electronics AG and Thalès Avionics will respectively hold 87.3% and 10.1% of Tronics’ share capital.

Settlement/delivery of the New Shares and their admission to trading on the Euronext Growth Paris regulated market will take place on December 2, 2021. The New Shares will carry full dividend rights as of issuance and will confer entitlement as of issuance to all distributions decided by the Company from that date. As of issuance, the New Shares will be immediately fungible with existing shares of the Company and will therefore trade under the same product name as the Company’s existing shares (ISIN: FR0004175099). Upon completion of the capital increase, the share capital will amount to €9,046,492 and will be composed of 9,046,492 shares with a par value of €1 each.

The following table shows a breakdown of the post-capital increase share capital on the basis of information
available at the present date:

Gilbert Dupont acted as the only Global Coordinator, Lead Partner and Bookrunner for the Offer.

The contents of this press release have been prepared by and are the sole responsibility of Tronic’s Microsystems.

Neither this press release nor any of the information contained herein may be distributed to the public in any country
in which registration or approval is required. No action has been or will be taken in any jurisdiction (other than France) in which such actions would be required. The offer and sale of Tronic’s Microsystems’ shares or preferential subscription rights (together, the “Securities”) in certain jurisdictions may be subject to specific legal or regulatory restrictions. Persons receiving this document or any information contained herein must be aware of and comply with such restrictions. Any violation of such restrictions may constitute a violation of applicable regulations in such jurisdictions.

The distribution of this document may, in certain jurisdictions be restricted by local legislations. Persons into whose possession this document comes are required to inform themselves about and to observe any such potential local restrictions.

This press release is an advertisement and not a prospectus within the meaning of Regulation (EU) 2017/1129 of the European Parliament and of the Council of June 14, 2017 (as amended the “Prospectus Regulation”). Potential investors are advised to read the prospectus before making an investment decision in order to fully understand the potential risks and rewards associated with the decision to invest in the Securities. The approval of the prospectus by the AMF should not be understood as an endorsement of the Securities offered or admitted to trading on a regulated market.

With respect to the member states of the European Economic Area (other than France) and the United Kingdom (each a “Relevant State”), no action has been undertaken or will be undertaken to make an offer to the public of the Securities referred to herein requiring a publication of a prospectus in any Relevant State. As a result, the Securities may not and will not be offered in any Relevant State except in accordance with the exemptions set forth in NOT FOR DISTRIBUTION DIRECTLY OR INDIRECTLY IN THE UNITED STATES, CANADA, AUSTRALIA OR JAPAN Article 1 (4) of the Prospectus Regulation or under any other circumstances which do not require the publication by Tronic’s Microsystems of a prospectus pursuant to Article 3 of the Prospectus Regulation and/or to applicable regulations of that Relevant State.

The distribution of this press release has not been made, and has not been approved, by an authorised person within the meaning of Article 21(1) of the Financial Services and Markets Act 2000. As a consequence, this press release is only being distributed to, and is only directed at, persons in the United Kingdom that (i) are investment professionals falling within Article 19(5) of the Financial Services and Markets Act 2000 (Financial Promotion) Order 2005 (as amended, the “Order”), (ii) are persons falling within Article 49(2)(a) to (d) (high net worth companies, unincorporated associations etc.) of the Order or (iii) to any other person to whom this announcement may be addressed in accordance with the law (the persons referred to in paragraphs (i), (ii) and (iii) together being referred to as “Relevant Persons”). Any investment or investment activity to which this document relates is available only to Relevant Persons and will be engaged in only with Relevant Persons. Any person who is not a Relevant Person should not act or rely on this document or any of its contents. In relation to the United Kingdom, securities may not be offered or sold without the publication of a prospectus in the United Kingdom or an exemption from such publication under the Prospectus Regulations, which form part of United Kingdom domestic law under the European Union (Withdrawal) Act 2018 (the “UK Prospectus Regulations”). Accordingly, this document is directed only at persons who are “qualified investors” within the meaning of Section 2(e), of the UK Prospectus Regulations. This press release does not constitute a prospectus approved by the Financial Conduct Authority or any other United Kingdom regulatory authorities as defined by Section 85 of the Financial Services and Markets Act 2000.

The Securities may not be offered, purchased or sold in the United States (including its territories and possessions), Canada, Australia or Japan.

This announcement may not be published, forwarded, broadcast or distributed, directly or indirectly, in the United States, Canada, Australia or Japan.

Tronic’s Microsystems and its affiliates expressly disclaim any obligation or undertaking to update or revise any
forward-looking statements contained in this press release, whether as a result of new information, future developments or otherwise. 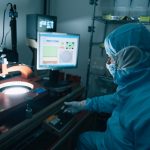 Tronics certified to the IATF 16949:2016 for automotive quality management system 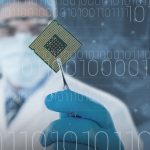 Tronics’ US subsidiary certified to ISO 13485:2016 for medical devices

TDK Tronics uses cookies on this website. You can choose and consent to your personal preference cookies under Cookie Settings, where you can also withdraw your consent at any time with future effect and with no disadvantage to yourself. With individual cookies such as targeting cookies, you consent to your data being shared with our partners. Some of them are outside the EU where there may not be the same level of data privacy as in the EU. Find out more about this in the Cookie Guideline and Privacy Policy.
Cookie SettingsAccept AllReject All
Manage consent